No trip to New York City is complete without Gossip Girl Tour on a pedicab, visiting all of the hotspots that your favorite TV characters visited as part of their fictional lives.

For years and years, Gossip Girl was one of the most popular dramas on TV, and fans from all over the world have been flocking to NYC to visit the landmarks and locations that they fell in love with from the show.

The only problem that these visitors face is the same one tourists in NYC always face – trying to navigate an unfamiliar city filled with millions and millions of people to find these TV show hotspots.

Thankfully though, with the help of the Gossip Girl Tour, that’s never going to be a problem again.

What is a Gossip Girl Tour on a pedicab?

Why go on a Gossip Girl tour?

Considered to be one of the very best television dramas ever produced (running from between 2007 and 2012 with six seasons of shows on the air), the entire series revolved around a cast of upper-class adolescents living in the ritzy Upper East Side of Manhattan.

A television show that originally started off as nothing more than a New York-based “The OC” quickly became something else entirely right in the middle of the very first episode. The “It Girl” that had been missing returned to the Upper East Side after a very mysterious absence, and not everyone was willing to welcome her back with open arms.

Drama swirled around this television series throughout its six season, with a tremendous amount of the show actually featuring New York City landmarks, apartment buildings, city streets, and little holes in the wall that no one but locals would know about.

Millions and millions of people had fallen in love with this television show while it was on the air, and millions of them have flocked to New York City to get a chance to see the memorable moments and landmarks from the show up close and in person.

There are quite a few different ways to go about checking out the filming locations and landmarks most prominently featured on the Gossip Girl TV-show, but the easiest way to get all of these sites and landmarks in without having to spend an entire day “on the hunt” is to reserve Private Gossip Girl Tour on a pedicab. 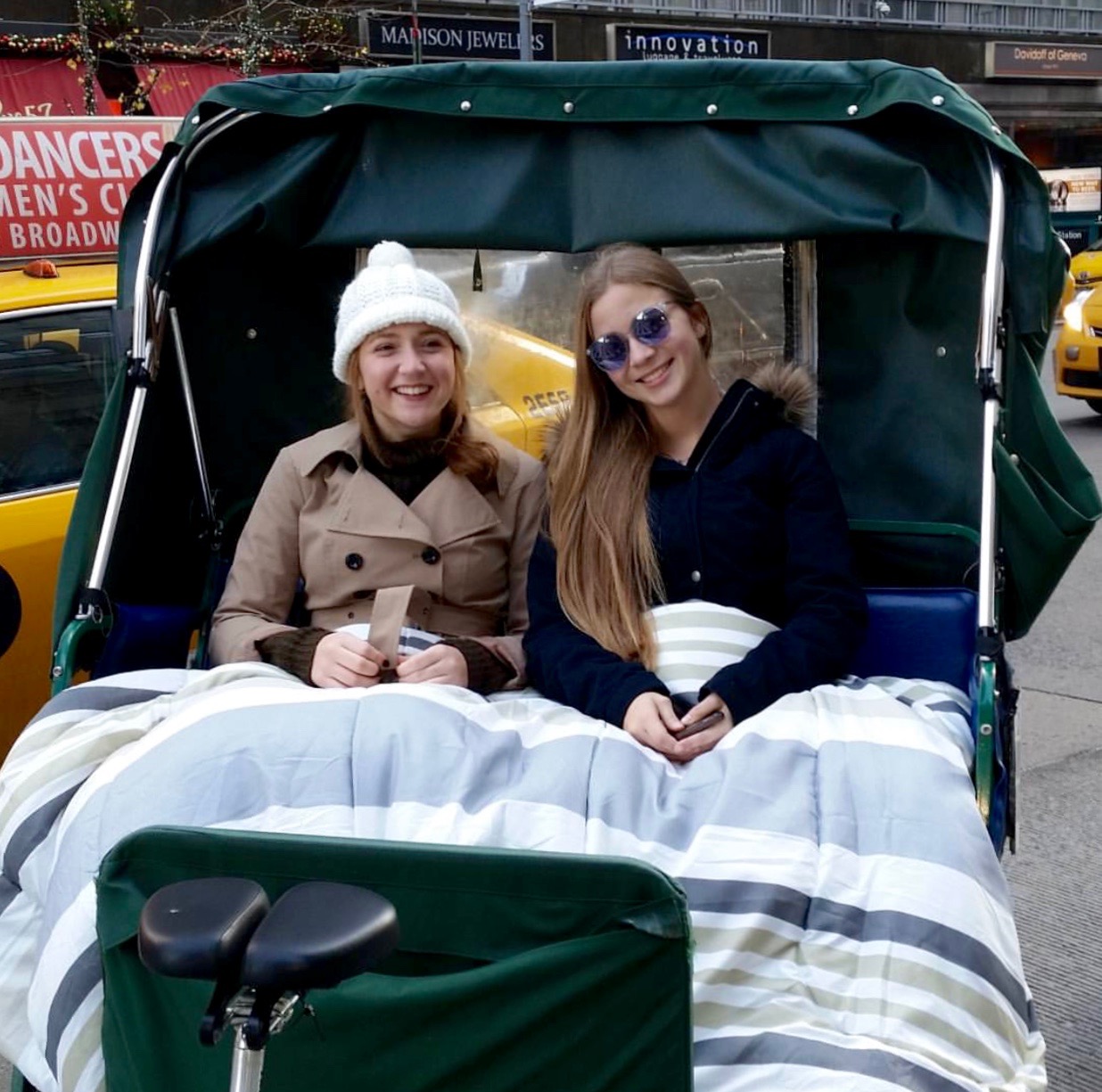 Some of these landmarks that you’re going to get the opportunity to investigate from pedicab include:

• The Palace Hotel (home of the Van Der Woodsens)

• Lincoln Center, where Juliet and Vanessa tried to take down Serena

… And that’s just the tip of the iceberg!

At the end of the day, you’re going to have plenty of different opportunities to check out all of the different landmarks and filming hotspots that you remember from Gossip Girl with the help of a pedicab operation.

Gossip Girl helped millions and million from all over the world fall in love with NYC again, and it’s become of the of TV shows to showcase the city in a really positive light. If you want to have the chance to experience Gossip Girl the way your favorite characters did – and to see the city through their eyes, really stepping into the Gossip Girl world, then a pedicab tour is the right way to go!